After you generate a design, you can make edits to fine-tune it, such as moving hubs, indicating preferences or "to avoid" for paths and routes, or refining the input data.

There are a few different ways that you are able to add more information to FOND to achieve a design that is both cost effective and quick to produce but also matches reality.

One the design has run, you can then select 'Move hubs' to change the location of the Distribution Hubs or Drop Hubs. Select 'Finish' then 'Update design' once you've finished moving the hubs and your design will be regenerated with 'fixed' Drop and Distribution hubs - i.e. FOND will only create those hubs on those locations (unless it needs to create additional ones, e.g. to satisfy a max drop cable length rule).

The design should run a bit faster the second time because FOND doesn't need to spend time considering where the best places for each Drop Hub and Distribution Hub are - they've already been chosen.

Paths to prefer and avoid

If you have a particular path in mind, you may have to 'Avoid' some sections to discourage the old route, and then use 'Prefer' to make sure FOND uses the route that you'd like.

The image below is the cable path before applying specifying 'Avoid' or 'Prefer'. 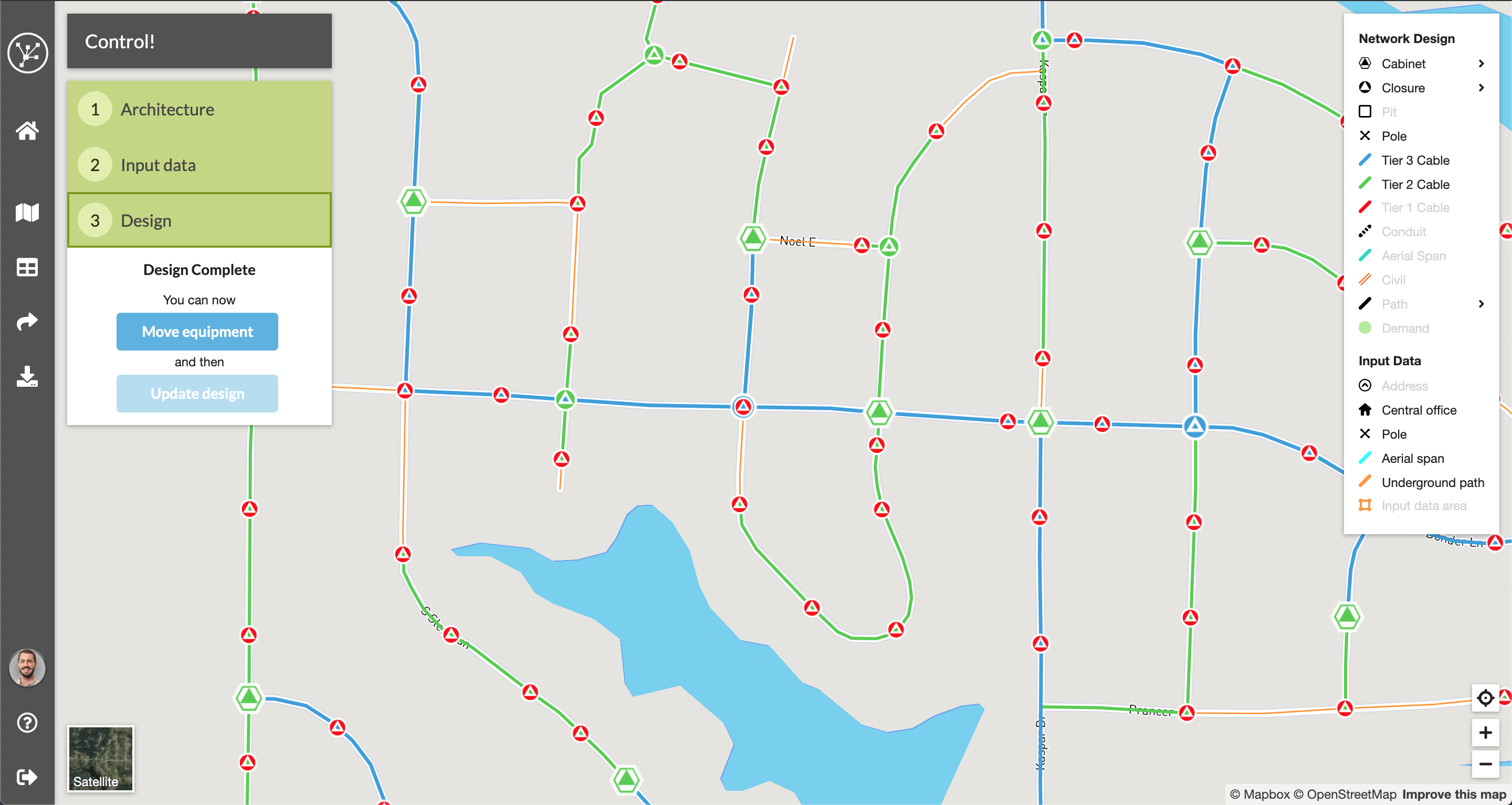 Comparing this image with the one above you can see how FOND has now routed the Feeder cable along the preferred route while avoiding the old route.

Avoid and Preferred Routes in FOND 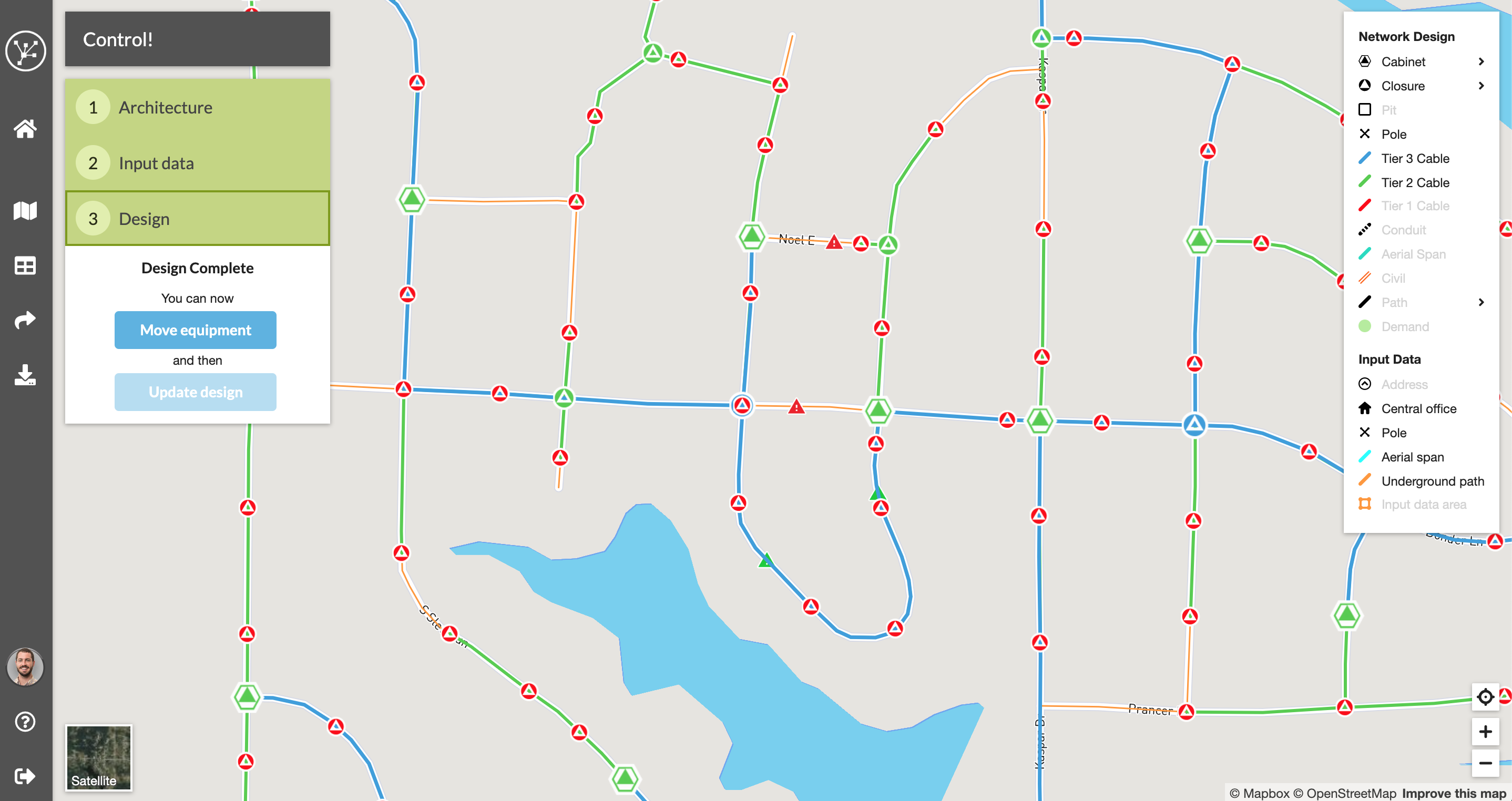 One thing to keep in mind is that sometimes you might only want to avoid a small section of a feature. In the GIF below, I initially select a section of road to avoid but FOND selects the whole street.

This will mean that FOND will still be able to go up that southern section of road if it needs to (e.g serving drops), but that it won't run a Distribution Cable from the south, it will come from the north instead.

Sometimes the best way to get control is by editing the input data to completely restrict what FOND can do and make sure it has the most up to date information. This is described further in the articles about editing address, underground or aerial data.